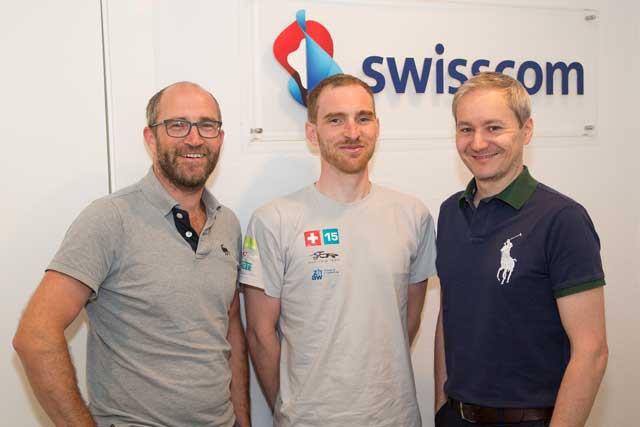 “A dynamic yet relaxed way of doing business”

This summer, the Swisscom Outpost was firmly in the hands of Swiss Mobiliar. With Patric Meier, Ronald Halter and Georg Russ, three employees of the Swiss insurer were staying in Palo Alto almost simultaneously. While Patric and Georg pursued the topic of “Self-Driving Cars,” Ronald dealt with “Marketing Automation.”

The three were highly satisfied by their stay in Silicon Valley. They made numerous contacts and participated in valuable discussions, with meetings almost daily. They were struck by the amazing availability and openness people showed them.

Patric (41), who works in Responsible Logistics at Mobiliar, was especially impressed by Silicon Valley: “There’s a dynamic yet relaxed way of doing business here.” For Ronald (43), an Online Marketing Manager, it is the fact that “ideas and knowledge are gladly shared.” And Georg (36) adds, “To me, as a computer scientist, it’s just nice to be at the birthplace of most of my professional career’s technologies and companies.”

The three were positively affected by their work at the Swisscom Outpost . “The flexibility, the freedom and the people that work here are just great,” says Georg. And while Patric simply enjoyed the chance to speak Swiss German, Ronald appreciated the good coffee and the relaxing back yard.

Patric, Ronald and George offered their thanks and said goodbye to Silicon Valley with a great Swiss barbecue. The homemade shish kabob as well as Patric’s “Härdöpfelsalat” (potato salad) and the Toblerone mousse will make a lasting impression and raise the bar for future guests of the Outpost … 😉