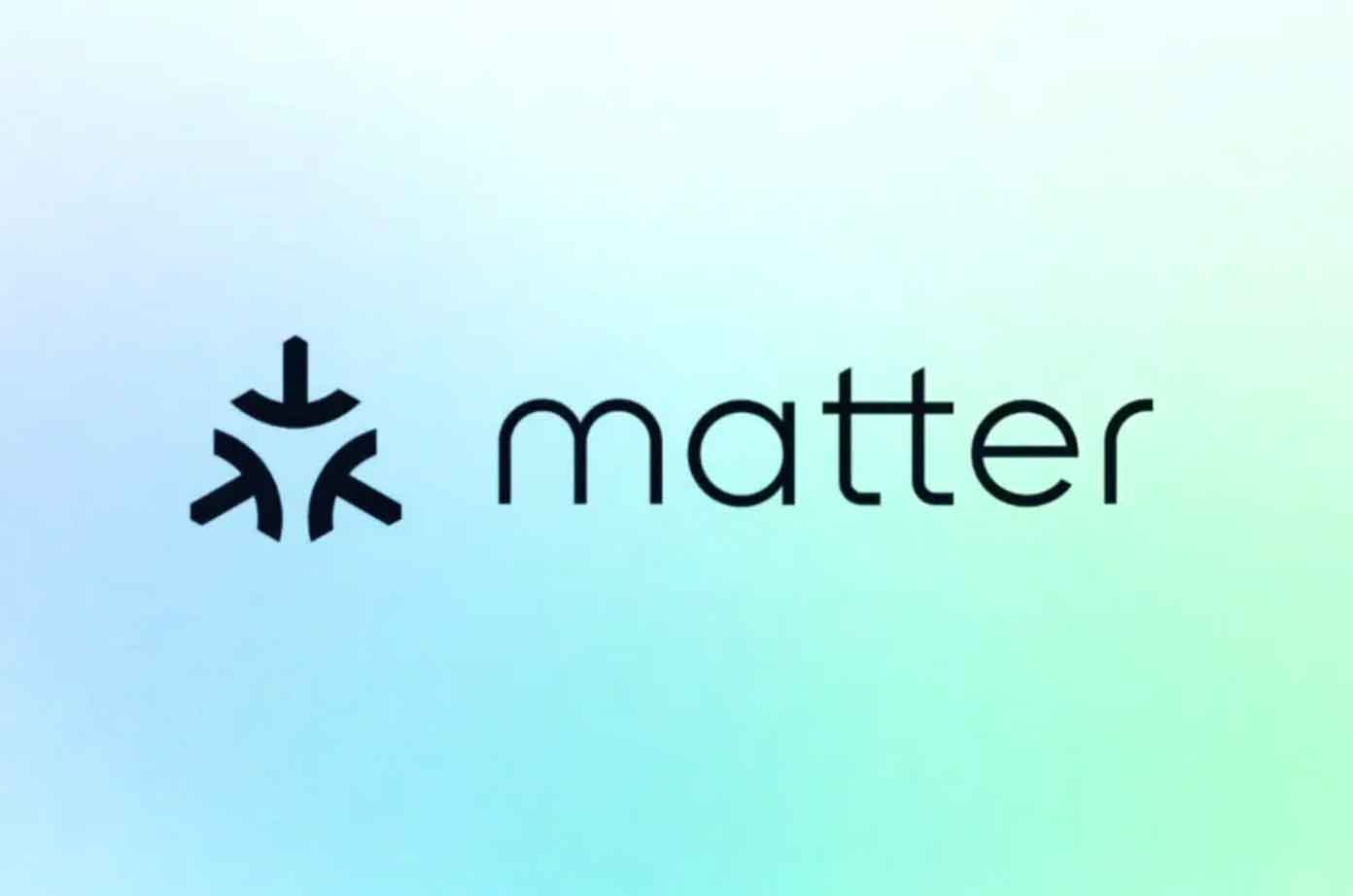 My colleague Zee wrote a few articles about the smart home in the last year. While we both consider ourselves “early adopters” and enjoy tinkering with new gadgets, the smart home of today unfortunately still consists of a myriad of puzzle pieces. However, there is light on the horizon, as Matter takes on shape. Find out why Matter matters below.

Matter Lays the Groundwork for the Smart in Smart Home

Background: If you follow smart home news, you may have heard of Matter before they changed their name two weeks ago. The project, originally named CHIP (“Connected Home over IP”), launched in December 2019 by smart home heavyweights Apple, Google, Amazon, the Zigbee Alliance and others.

Matter’s goal: Make smart home products inter-compatible with each other and, most importantly, with the voice assistant of your choosing. Until recently, it wasn’t clear how this would happen, but now, we know that this will happen on the open-source protocol Thread.

In the smart home scenario, Matter will theoretically replace Bluetooth and other protocols with Thread and WiFi. There won’t be the need for any Zigbee/Bluetooth/WiFi bridges anymore (such as Philip’s Hue WiFi Bridge) because the bridge functionality is already built into devices such as Apple’s HomePod mini.

However, Thread’s main advantage over the other technologies is that devices will form a mesh network. Effectively this means that if the router in your living room is too far away from the security camera at the front of your door, the smart light bulb in between the two will act as a “bridge”, extending the range of the router, to reach the security camera. I’m sure many people will appreciate this, but living in San Francisco, my apartment isn’t big enough for WiFi range to be an issue. That’s why I’m more excited about other promises such as increased reliability.

What it means for consumers: It will be up to manufacturers to decide if and how to implement Matter as the new standard, and how to support older devices. For example, Signify manufactures both the Philips Hue bulbs and WiZ-branded light bulbs. The pricy Hue line will be updated to support Matter on older devices, but not the WiZ line. In this case, upcoming products from both lines will support Matter. Personally, I really hope that most devices can survive the transition and don’t end up on the e-waste pile after only a few years. What it (maybe) means for providers: After discussing briefly with our cyber security expert Marcus Dahlén, he couldn’t help but consider that each device in the Mesh network is also a potential entry point for hackers. However, telcos are well positioned to offer cyber security products for the home, more on that in the next story.

Looking forward: Devices that support Thread are available today already. But expect to see the first Matter-branded products by the end of this year. There are certainly still many open questions, but I am confident that interoperability is a huge leap forward for the smart home’s mass adoption.

Safety and Health in Smart Homes: The Smart Home’s Next Killer App?

Google Nest announced a partnership with security provider ADT, integrating the voice assistant with ADT’s security cameras to provide some convenience to your physical security. But smart homes will soon also help with their inhabitants’ health. Most companies supplying these features rely on one of two older technologies, applied in new ways:

First – radar: Xandar Kardian, whom the Outpost got to know last year for enterprise use-cases of asset tracking, recently announced that their radar positioning tech is now ready for consumer use. A small device can detect falls, for instance. Because it’s radar and not an optical camera, people might feel less like they’re being watched in their own homes. Of course, the same sensor can also be used in hospitals or elderly care homes.

Second, and perhaps more relevant for a company that provides its customers with routers – WiFi: Companies such as Aerial have also been on our scope for a while. They offer many of the same benefits as radar-based companies but rely on disturbances in WiFi signals. From these, they can detect a person moving, sleeping, or falling.

The next –killer– immortality app?

If the home knows that all its inhabitants are at work/school/sleeping (e.g. via your smartphone or Apple Watch), and detects movements accurately, these technologies can also be used for intruder detection. Safety and health are definitely high on smart home companies’ agendas. Which technology succeeds likely depends on how big its benefit is, versus how intrusive it seems in your private home. But that your home will play security guard and doctor will likely happen sooner rather than later.

Wireless charging has been around for a few years now. TBH, I’m not a huge fan, and even though I have a compatible phone and charger, I went back to charging my phone by cable. It’s faster, I can use the phone while it’s charging, and I can place it more freely. But now, it looks like there’s a wind of change…

Just last week, Motorola announced a partnership with GuRu, a startup we met over a year ago. GuRu (“Generating unit, Receiving unit”) is one of several companies that emerged with working prototypes and large promises of truly wireless charging: Instead of placing the phone on a charging pad, you place your GuRu-equipped phone anywhere, and a base station (mounted e.g. on the ceiling) uses beamforming to power your phone, charging it from a distance of a few meters.

On the other side of the world, Xiaomi announced a similar technology, although it’s not on the market yet.

The power in these solutions gets transmitted via millimeter-waves. If you’re wondering whether it’s possible to transmit power via a 5G mm-wave network: Yes! The Georgia Insitute of Technology in Atlanta, GA, published a research paper on exactly this. The researchers were able to transmit power via 5G under lab conditions. Don’t get too excited though: Under the (ideal) lab conditions, 6 μW were transmitted, so roughly a million times less than what’s needed to charge your phone.

Zooming out: I tested GuRu’s prototype in early 2020 and it really works. Personally, I am super excited about this, including the possibilities outside of the smart home. On the business side, swapping batteries is often so inconvenient that it discourages many IoT use-cases from the start. Imagine a warehouse with sensors high up, or a city’s waste bins that measure their own fill level. A cleaning robot or garbage disposal truck equipped with a technology like GuRu’s could simply charge the IoT battery every time it’s in the vicinity. Which use-cases will make it to production is still debatable though, as the huge power losses make it highly inefficient.

My guess is some people will be skeptical about added radiation, even though the beam is highly focused. Theoretically, you could only power up the antennas when no people are in the vicinity. But will this make people feel safer? Will You Pay Extra For WiFi?

Even with 5G, WiFi remains essential to our connected lives. Not only is the number of WiFi devices increasing, but they are placed farther from the living room, too: It is not an exaggeration to say that soon we need WiFi in the garage to update our Teslas! This led to the rise of WiFi mesh networks. Our own Swisscom WLAN Box supports this as well. ISPs in the U.S. have been taking home networking to the next level with Managed WiFi services, as we can see with the example of Xfinity.

With Comcast Xfinity’s home internet subscription, you do not get a router anymore. You can bring your own device, but what Xfinity would like you to do is subscribe additionally to an xFi Gateway and app. These offers (+14/month for the Gateway, +25.-/month for xFi Complete) come with added features, powered by Plume.

These features include a nicer and mobile-first user interface, which I’m sure any non-techie will appreciate that ever needed to log in to a router. In this nicer UI, there are options for monitoring app-usage (“3h Fortnite?”), individual device control (“no more Fortnite after 10pm!”) and security features to only allow family friendly websites or even block ads.

Plume is considered the leader in the space, and the Plume/Xfinity partnership started back in 2017. But we are seeing more companies emerge in this space, indicating that consumers are now willing to pay extra for managed WiFi, and that these startups are finding a market. Apparently, two thirds of Xfinity customers are already paying extra for managed WiFi. Would you, too? Please don’t hesitate to reach out if you have any questions about the topics above or if you want more information about the startups we are looking at.
Jeffrey Gantner, Innovation Manager IoT @ Swisscom Outpost, Palo Alto, California, US, jeffrey.gantner@swisscom.com (LinkedIn)