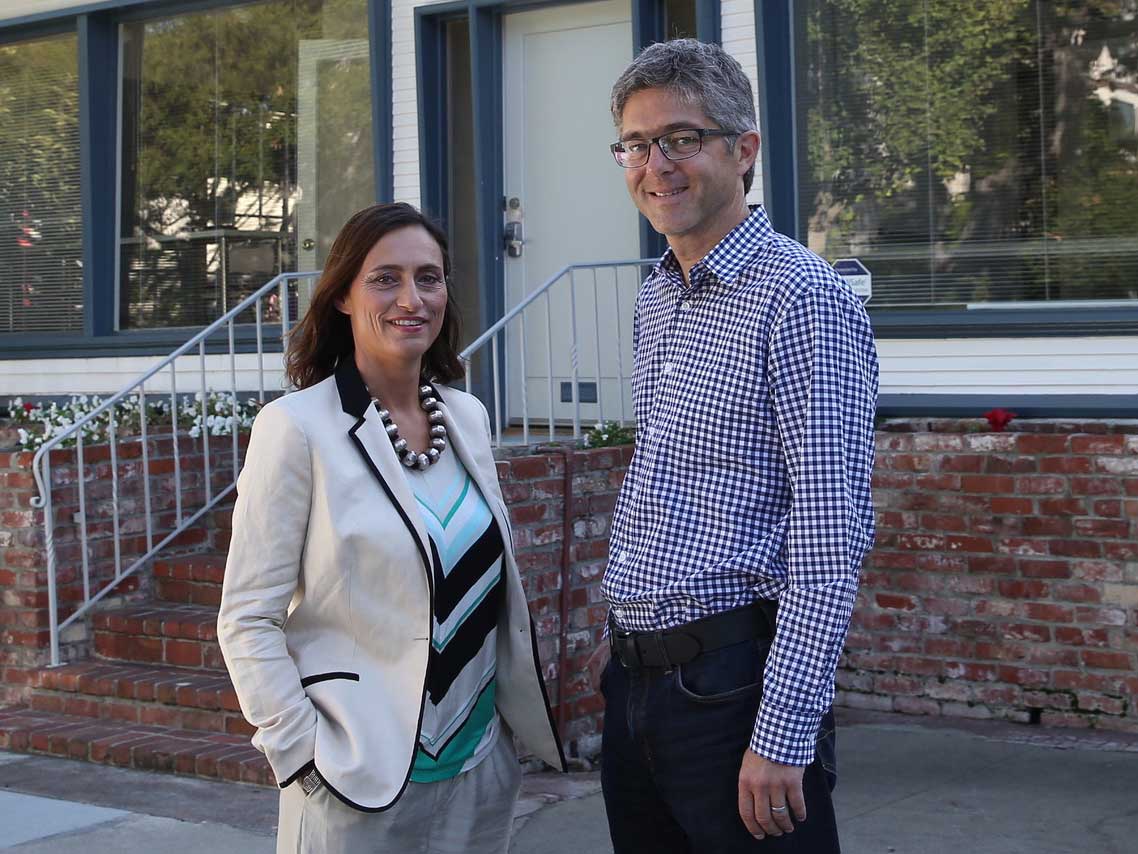 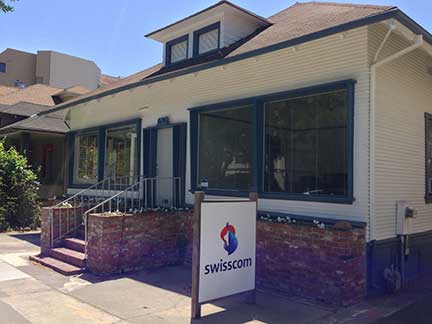 In a multi-part series, we look back at the Swisscom Outpost’s 20 years in Silicon Valley. Ursula Oesterle, who spent eleven years in all at the Outpost between 2002 and 2015, is the first to share her memories.

Swisscom came to Silicon Valley in 1998 at the beginning of the Internet boom. Walter Steinlin, at that time head of Swisscom Corporate Technology, wanted to find out what the Internet meant for telephony.  So he sent a team with Christoph Rytz, Andreas Wettstein and Erich Zahnd that was driven purely by technology to California. You could almost call it the prehistoric phase of Swisscom’s time in Silicon Valley.

In 2002, when the Internet wave was receding and most telcos were closing down their offices, I joined them. I think my transfer only went through because it had already been promised to me. As a trained physicist, I have a different approach. I love to investigate the unknown and to discover new things. For me, Silicon Valley was like a research laboratory.

At first I was alone. From the outset, I sought contact to the business units Swisscom Mobile and Swisscom Fixnet and was able to convince them to cooperate in areas such as development and new products. This shifted the focus of our presence in Silicon Valley from pure technology to innovation and business development.

The potential that existed in the ecosystem here was quickly recognized, and so Adrian Bult, CEO of Swisscom Fixnet at the time, sent an additional person to Silicon Valley. The chemistry between Christina Taylor and me couldn’t have been better. With her marketing background and with my knowledge of startups and innovation, we started to build the Outpost. We really went wild!

Thus the real launch of the Outpost as we know it today was in 2003. At first, the Americans made fun of the term “Outpost.” To them, it sounded like we were operating a fort from 150 years ago to protect newly arriving settlers from the Indians. In this case, we were trendsetters in the redefinition of this term, which has almost become standard in Silicon Valley today.

From Starbucks to the consulate general

At the beginning, we had no office and nothing else was available. So we primarily worked out of Starbucks coffee shops, because they were the first ones to have Wi-Fi access. Six months later, we moved into the Swiss consulate general on Montgomery Street in San Francisco. We were able to use two workspaces on the premises of the predecessor organization of swissnex, which – please note – was co-founded by Swisscom.

On diplomatic ground, certain regulations and practices also applied to us. That always astonished the start-ups that came to us. It created the impression that we had to be something very special. In addition, federal government employees from Switzerland were always coming to check the building’s safety and earthquake readiness.

This first phase up through 2007 was very exploratory. At the time, scouting really was still scouting. You literally had to go looking for start-ups on the street. All the networking platforms we’re familiar with today for finding companies and getting to know them didn’t exist yet in any way. This phase was still very much the wild, wild West.

After a two-year stay in Singapore, I returned to Silicon Valley in 2009. As I had already noted in Asia, the valley’s appeal kept increasing. Even more companies were there, scouting wasn’t so exotic anymore, there were more and more networking and sharing platforms, and everywhere cooperation agreements were being made and working groups were being formed.

At this point, we were housed at SK Telecom Ventures on Alma Street in Palo Alto. That was a great office. There was decent coffee and the infrastructure and the videoconferencing were first rate. For our small team, that was pure luxury. In addition, we had great interaction and even a cooperation agreement with the Koreans.

After SK Telecom decided to combine their offices in Sunnyvale, we spent a brief period in coffee shops again. Since Swisscom wanted to build more business relationships during this time in addition to business development, we kept looking for our own office. That’s how we came to Waverly Street in Palo Alto.

Number 636 was a plain old building with only a single room. In our view, you would have called it more of a garage than a building. In addition, it had no heating. The start-up that previously had been in there had run so many servers that it didn’t need any. So we bought an electronic heater and the first person to arrive each morning turned it on and went to the nearest coffee shop until it got warm.

Waverly Street had a certain charm, although it was somewhat strange at first for most visitors from Switzerland.  But since we ourselves exemplified the garage and start-up groove, people quickly came to think of it as cool. We also maintained an open-house policy and thus enjoyed lively interaction with a highly diverse range of people. Many meetings and events were also held in the back yard.

This time period also marks the beginning of cooperation with companies like Mobiliar and the Post. Since these were important customers for Swisscom, we offered to let them send their employees to us. They were able to make use of our office infrastructure and tap into our network for up to six months. This productive exchange is in part still practiced today.

Unfortunately, under the new owner, the purpose of the building changed and it was converted into a more profitable three-story building. So we had to look around for new lodgings one more time. During this phase, the team from Swisscom Cloud Lab also came to Silicon Valley. Since the original assumption was twenty to thirty employees, a search was made for a larger office for everyone together.

From start-up to Ltd.

Because of these changes, the Swisscom Cloud Lab Ltd. was founded, which represented Swisscom in Silicon Valley for the first time in the form of a legal entity. With this step, we emerged from our own start-up cocoon and became a real company. This enabled us to formally take the role of tenants and to find lodging in 2015 on Chestnut Street in Menlo Park.

This represented the end of our prior nomadic existence and we settled down. For the first time, we invested in the infrastructure and the furnishings. That set a new milestone and represented a commitment to a continuing and enhanced presence in Silicon Valley. For me personally, that was on the one hand a confirmation of the years of activity there, but on the other hand it also marked the end of the pioneering period.

In addition, I didn’t really perceive the increasing flood of start-ups in Silicon Valley as an improvement, the more so as the quality noticeably declined. What was once a project was now called a start-up. There continued to be two or three good approaches to almost any subject or area, but most of the rest were either interchangeable or entirely unusable.

The new challenge now was filtering it out. The approach had also changed because the really good start-ups were now able to select who they cooperated with or wanted to keep developing with. For these cases, not just financial possibilities but also a high degree of credibility as well as special competencies from which the start-up could profit were needed.

I’m convinced that the local presence of a company like Swisscom continues to be useful and necessary. Times have changed, and circumstances with them. New energy and different approaches are now required in order to absorb current developments and anticipate future ones. For me, the research journey continues in another field, but partially still in Silicon Valley.