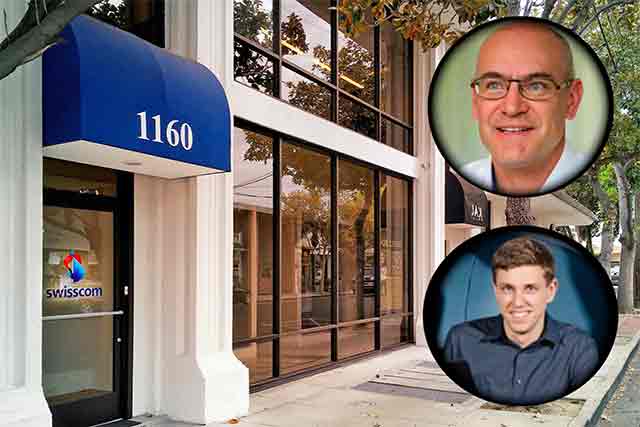 “We built Swisscom’s most state-of-the-art cloud”

In a multi-part series, we look back at the Swisscom Outpost’s 20 years in Silicon Valley. In part three, Marco Hochstrasser and Gregory Leproux share their experiences. The two of them were at the Outpost between 2013 and 2017 and especially left their mark on the time in Menlo Park at 1160 Chestnut Street. 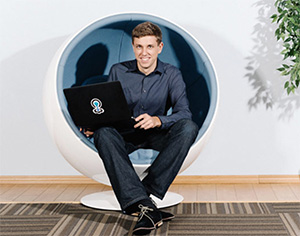 The move from 636 Waverly Street in Palo Alto to Menlo Park meant a paradigm shift. Our expansion in the cloud sector demanded a more suitable office, and the new premises had a more corporate style. To me, the change seemed like when a start-up turns into a mature business.

From Intern to Head of the Cloud Lab

My activity at the Outpost can be divided into three phases. In the first phase, I applied for a stay in the USA through the Swisscom talent program. So I joined Ursula Oesterle and Torsten Bottjer at the Outpost, where I first completed a six-week internship. As a result, I was offered a job in the cloud project as a business architect located in the USA. This was also the start of cloud activity in Silicon Valley.

Then came the second phase, when I became head of the Application Cloud team to build a part of the Swisscom Cloud. We started putting together different teams that were stationed in both the USA and Switzerland and that interacted together in order to build up know-how as fast as possible. I worked from Silicon Valley along with some colleagues. In this phase, the most state-of-the-art cloud that Swisscom ever built was created on the basis of top-notch open source technologies. It was an intense and exciting time.

In the third phase, I took over responsibility for the entire team and ran the Cloud Lab for almost a year and a half.

A Time that Marched to Its Own Rhythm

Silicon Valley is an extremely exciting region. On the one hand, it’s very multicultural, but on the other hand, you hardly encounter any “locals.” There’s a constant coming and going. A scene insider once said that the Valley turns over completely every three to five years due to technological trends and the rapidly changing structures. That makes it unique and keeps up a high level of dynamism.

When I visit today, just four years later, I only see a few acquaintances from my time who are active in the cloud sector. Most have moved away or have new responsibilities in other areas. The rhythm of time is unique in Silicon Valley, not only from a technological perspective but also structurally.

The Valley is also an ideal place to do business, especially in the technology sector. There is an extremely high degree of openness. Most of the people you meet here have a very high affinity for risk, and almost every contact results in an opportunity or a contact recommendation.

However, a man’s/woman’s word is not always his/her bond, although we Swiss are often too critical in this regard, and sometimes we get in our own way. As a rule, the third question at a meeting here is to what extent one can profit from a mutual partnership. This directness is remarkable and leads to many exciting business relationships. 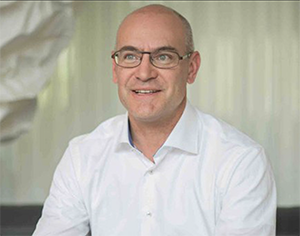 When I first arrived, we were based in Palo Alto, and as the team started to grow and took on a different role and profile, it was time to settle down and move to a larger office. We found new space in Menlo Park. With around ten permanent members of the Outpost, the office served as a base for the business development team and as a permanent office for the cloud architects.

The Outpost had a great reputation inside and outside Swisscom. Swisscom was perceived as both innovative and interesting enough for start-ups who wanted to enter Europe or test their telecom solutions.

My focus was on representing Swisscom, identifying potential partners and scouting for both new practices – for example, the lean start-up – and new technologies, such as AI.

Silicon Valley is a business platform, and the overall objective was not only to transfer know-how, but really to accelerate Swisscom’s learning by working with tech companies during the pilot phase and throughout a project and ultimately delivering new services.

At that time, I both advised Swisscom’s stakeholders and customers and worked on emerging technologies like blockchain and artificial intelligence.

A Host and Guide

When I arrived, we conducted several studies about the collaborative economy. The objective was not to copy their model, but to understand the role of a brand in this new paradigm.

I had also been working on location-based services, which is a quite broad topic. I identified technical solutions, but the goal was also to see what type of new business opportunities in marketing and advertising were created with more accurate systems such as beacons, for example, or with new approaches, such as Wi-Fi analytics.

I also started to host fellow innovators from Swiss corporations for stays of four, eight or twelve weeks. We helped them to navigate the ecosystem, and we shared our insights as a team in order for them to benefit from our research and insights.

I also organized a couple of innovation tours for some of our Swiss customers. We wanted to help them address their challenges in an all-new way. Silicon Valley is definitely the right place to tackle this.

Finally, we also contributed to the evolution and adoption of agile at scale within Swisscom.

A Rush of New Outposts

The Outpost changed a lot during that time. Part of the group became more integrated into the Cloud innovation initiative. They spent part of their time scouting, but they also tested new technologies and were part of development teams in every way.

As Swisscom was settling down in Silicon Valley, the whole ecosystem was “blooming.” It was time for several corporations to consider opening an outpost of their own.

There was a new rush as large corporation wanted to understand innovation and build partnerships, and they could not afford to not be part of the Bay Area marketplace. In 2017, there were around 50 corporate outposts. Three out of four of them were established after 2010.

Recorded by Mark Walti, Palo Alto, February 2019. Marco Hochstrasser is co-founder and CTO of nexoya (www.nexoya.com). Nexoya is a Zurich start-up in the field of artificial intelligence and marketing analytics. Gregory Leproux is now with Salesforce and is responsible for Solution Engineering (pre-sales) in Switzerland.