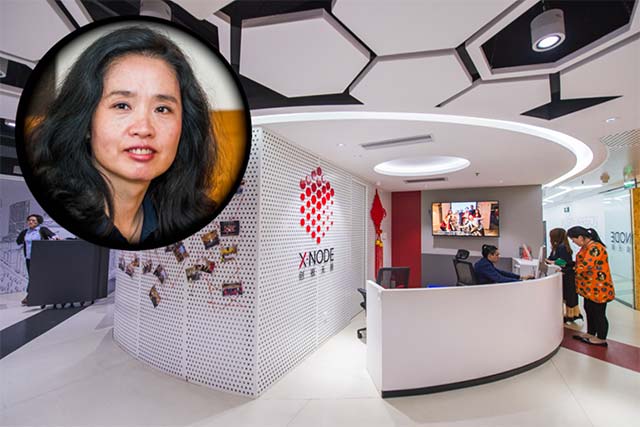 “The constant unpredictability is a major challenge”

Since 2016, Swisscom has operated an Outpost in Shanghai. China’s largest city in terms of population is well known as a global financial center and start-up hub. Yanqing Wyrsch is responsible for the Shanghai Outpost. She talks with us about her everyday life.

The idea for an Outpost in Shanghai arose in 2016. After a detailed analysis of the extent to which Swisscom would be able to operate in China at all and whether it would also add value, a final decision was reached in mid-2017. We now have the status of a ‘representative office’ because the telecom industry is government controlled and therefore no licenses are granted for operational activities.

However, it still took several months just to reach this point and to be entered in the trade registry. We have been officially active in Shanghai since September 1, 2018. Everything takes its time here… Certain things, such as opening a bank account, take much longer. At least for the moment, about 60% of our work consists of administrative overhead.

It also took a lot of time to recruit an employee. It wasn’t easy to find someone who met our expectations. Finally, I was able to bring the former managing director of L’Atelier, the Shanghai outpost of BNP Paribas, to Swisscom. Since the beginning of the year, Judy Wei has been shoring up our Outpost, and now as a team of two, we are much better positioned than before.

Our primary tasks include local scouting, introducing the various Swisscom units to the Chinese market and accompanying their forays into the market. Unlike Silicon Valley, where scouting focuses heavily on new technologies and ventures, here it’s more about the business model and consumer trends. It’s of interest how new technologies are used in the market and how consumers react to them.

In connection with the whole transformation through digitalization, we are organizing visits and exchange opportunities with Chinese firms and start-ups for various areas of Swisscom. This is about being better able to understand and be inspired by the innovation going on here. Interest in China within Swisscom is huge and shows the importance of our presence in Shanghai.

Our office is located in the Xnode Incubation Center. The interesting thing about this location is that half the tenants are start-ups, and the other half is comprised of companies. Thanks to this mix, we have rapid access to new and innovative developments and, through interaction with the other companies, also benefit from their experience in the Chinese market.

In addition, about 50% of the resident firms are Chinese and 50% are international. This is an advantage in that not everything that works in the Chinese market is also suitable for Western culture and our society. By observing how other foreign companies are proceeding, we can better estimate what we can and cannot bring to Switzerland.

The interaction among the various companies is well organized. We have weekly topic-specific events where people present their projects to each other. That’s why our center is its own small ecosystem. In a country where 12,000 new start-ups are being created every day, it is impossible to keep track of everything. The companies that take up residence with us have already cleared the first hurdles and are capable of accomplishing something.

Maintaining contact with start-ups is quite demanding. This is less the case in the early stages of a company, when you can gain access very quickly and the companies are very open, than it is later. Good start-ups here grow within a few months from a handful of employees to several hundred. The parameters and the contact partners also change accordingly.

Development is rapid, and so meetings cannot be planned far in advance. It has already happened several times that a few weeks after we found an interesting start-up, we had to start the evaluation process over again because our contact person was no longer in charge and the business and general conditions had changed.

From Development to Prohibition

This can also be strikingly observed in daily life. In 2017, for example, the sharing economy was a major topic. Within a brief time, there were thousands of bicycles on the street that could be rented through an app. Today, most of them have disappeared again because new laws were created that restrict this for various reasons.

Topics relating to blockchain, FinTech and especially Bitcoin were also huge in 2017 and seemingly limitless. Today, Bitcoin trading is prohibited by law. This does not mean, however, that no further work is being done in these areas or that no new developments are emerging. But this constant unpredictability is a major challenge for us. What is true today no longer applies tomorrow…