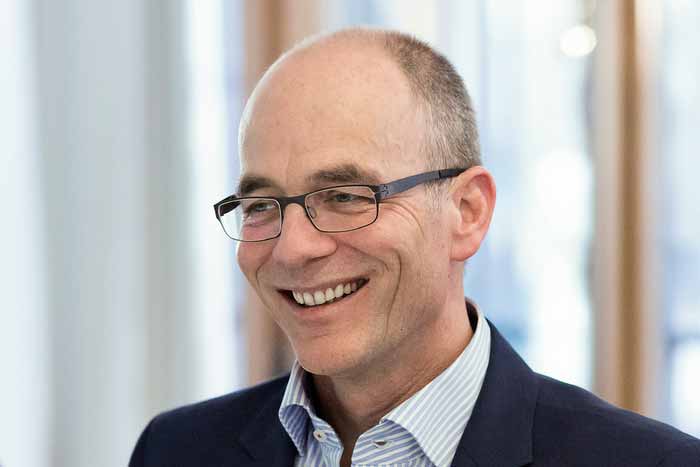 “Swisscom has a place in Silicon Valley”

Roger Wühtrich-Hasenböhler is Head of Swisscom Digital Business. In his editorial, he looks back at the 20-year presence of Swiscom in Silicon Valley and looks ahead to the future of the Outpost.

Who would have thought in 1998 that Swisscom would still have a presence in Silicon Valley 20 years later?

What began as a small outpost for observing ongoing developments related to the Internet now involves the full spectrum of technical innovation and is an integral part of the Swisscom world.

The same year Swisscom was reorganized as a joint stock corporation and, step by step, was partially privatized, the first employees set foot in Silicon Valley, which at the time was still in its early development. Truly a pioneering achievement!

When the Internet bubble burst shortly thereafter and many other telecommunications companies withdrew, Swisscom held its ground and adapted to the new conditions. We were thus present from the very beginning of this new era.

Thanks to this far-sightedness, we were able to experience at first hand the increasing emergence of innovative startups and also shape the rapid technological developments, especially following the introduction of the iPhone in 2007.

Now more than ever, Swisscom has a place in Silicon Valley and enjoys an excellent reputation. The constant care for and ongoing expansion of our network has made us a true participant in this unique ecosystem.

This benefits not just our employees, but also our customers, suppliers and partners in various ways. Through the Outpost, we bring external innovation to Swisscom and thus contribute to the growth of the company.

But not only that: Today, our Outpost has become a hub for the entire Swiss economy. We also represent Switzerland in Silicon Valley and help shape the future of our country through an open innovation process.

In addition to Silicon Valley, we have recently established a presence in Berlin and Shanghai. Together with the established Outpost, this reflects our aspiration to be present in other hotspots and to be on the hunt for emerging trends around the world.

The Outpost is a success story that is able to look back on an impressive past, enjoys a vibrant present and can expect an interesting future. Here’s to exciting years yet to come and path-breaking developments that will change our Swisscom world!