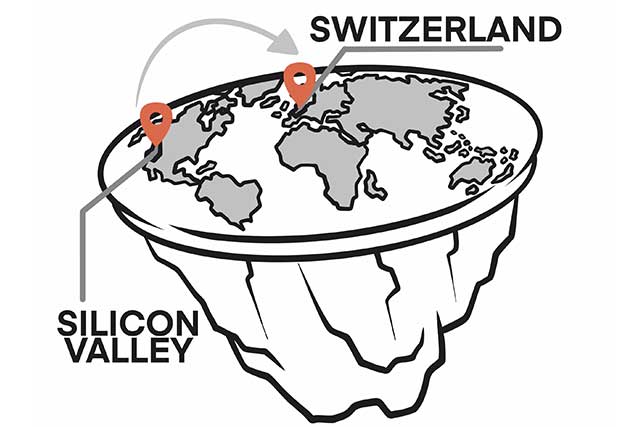 2020 has been a heck of a ride so far and we are only halfway through the year. From the brink of WWIII to Australia on fire to a global pandemic, to name a few, we are seeing potential lasting impact. The world is not only flat, it is flat-ter  than ever. Don’t worry, I’m not a flat-earther, I’m only referring to Thomas Friedman’s book, “The World is Flat”, in which he highlights major events that have leveled the economic playing field around the world. Friedman may have to write an entire sequel dedicated to the events of 2020. I am going to attempt to highlight these events and what the new normal may look like in the Silicon Valley.

I cannot remember the last time Google and Apple (Gapple) said anything nice about each other let alone partnered on a project. With the Covid-19 outbreak, these two Goliaths joined forces to try to help slow down the transmission of the disease with their Exposure Notification project. Faith in humanity restored. Having the market share of the mobile phone industry, Android and iOS split 72.6/26.72, they realized that they could leverage their phones to track the spread of Covid-19. They do this by passively using the Bluetooth on your phone. As you come in contact with others, your phones exchange a handshake creating a ledger of who you have been in contact with. This happens unnoticed until someone confirms they have Covid-19. This creates a chain reaction of notifying all parties that have been in proximity to the person. Given this information, users should get tested and quarantine themselves. Gapple has created the foundation for something like this to work and are offering it to health authorities to implement in a mobile app. The necessary software is already on your phone dormant waiting for an application to use it. You will be able to see it in your settings like…

Now I know what you are thinking, “what about my privacy?”. You are in complete control of how you use this. It is up to the user to download an application and opt-in to use the system. Even then, your identity is not shared with anyone, even Gapple. The first adopters of this technology are a group from EPFL in Switzerland who created SwissCovid. Unfortunately, the rest of the world has been slower to adopt this technology with only 4 out of 50 states in the US and 22 countries considering it. I hope to see more collaboration like this going forward.

Here in the Silicon Valley, we have adapted pretty well to the new normal given the pandemic. Most things are going virtual and are working out great. One benefit that is lacking, despite being in the Valley, is the networking. From the moment I set foot in the tech industry, I was told to attend meetups and expand my network because it is not what you know, it is who you know. And besides, who doesn’t want free pizza and beer. Although meetups have moved online, they have become less interactive between the attendees. Frustrated by this, I was forced to become creative in how to network. Scheduled to attend a startup pitch showcase, I directed my attention to the other attendees and dropped a handful of them a message requesting an exchange. I was not expecting many of these to be accepted, but to my surprise, I did not have a single person decline. This was made possible by an online event networking platform called Brella. After using Brella, I discovered that it might actually be the preferred way of attending events and meetups for an extroverted introvert like myself. Being able to metaphorically swipe left/right on attendees’ profiles and set up meetings on your own time makes it efficient and convenient. The exchanges, however, reminded me of what makes the Valley so great. The openness and willingness to share ideas here is still a priority given the situation. Faith in humanity restored… again.

When deciding to become a software engineer, I was met with naysayers asking why I would want to become a software engineer when my job is going to get outsourced overseas for half the price. Seven years later, companies in the Valley are still expanding and salaries are still growing. Now, in 2020, I hear that given the new normal, companies are going to realize that they do not need everyone in the office to be productive so the talent is going to leave the Valley. I agree that the majority of people are making the most of this situation. I for one have been very productive being able to work from home. Reflecting on this situation, I began to wonder what the best work structure would look like going forward. So far, we have tested out the extremes, the first being the “go–to the office every day” and the second being the “work from home every day”. I cannot help but imagine a situation in between where we go to the office 2/3 days a week would be the best–case scenario. This allows for the impromptu discussions, brainstorm sessions, and collaboration with colleagues. A space to host in-person meetings. As well as home office days without distractions and can’t forget to mention less exposure to the virus and traffic. Being a true local, a dying breed, I am hopeful for a vaccine or herd immunity to Covid-19 so that the Silicon Valley can still be where talent, ambition, and dreams intersect.

Given what the new normal may look like, the world is flat-ter than ever. It is easier than ever to take advantage of what the Silicon Valley has to offer from anywhere in the world. So, what is the new normal going to look like? Are we going to be working from home permanently? Will people move out of the overpriced Silicon Valley? Are we going to rely on Tinder for networking? Is the Silicon Valley losing its prowess? I would not bet against it but tune in next time, or in five years, to find out.

Please do not hesitate to reach out if you have any questions.
Zohaib “Zee” Khan, Cloud Services Engineer @ Swisscom Outpost, Palo Alto, California, US, zohaib.khan@swisscom.com